【DIGITIMES  Friday 20 April 2018】Industrial PC (IPC) player Aaeon, a subsidiary of Asustek Computer, has formed a partnership with In-Snergy, an Internet of Things (IoT) solution developer, which was originally an R&D team under Taiwan’s Institute for Information Industry (III), looking to accelerate the pace of helping more places to begin adopting IoT innovations.

Aaeon was also a founding investor of InSynerger.

Aaeon CEO Howard Lin pointed out that AI and IoT are both the hottest topics in the IT industry and Aaeon has been aggressively developing related software and hardware innovations. The company has recently announced an AI Core module, which it jointly developed with Intel for artificial intelligence (AI) applications, and is hoping the partnership with InSynerger to strengthen the R&D and marketing of its AI and IoT devices. 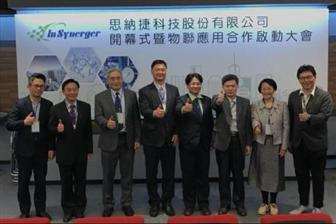